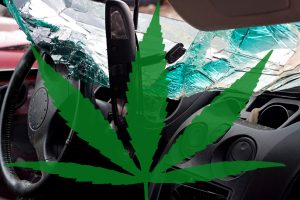 CAR CRASHES HAVE increased in some states where recreational marijuana is legal, according to two new studies by the Insurance Institute for Highway Safety and Highway Loss Data Institute.

An analysis of insurance crash claims show that accidents are up by as much as 6 percent in in Colorado, Nevada, Oregon and Washington, compared to neighboring states where recreational marijuana is not legal. Another analysis of police accident reports in Colorado, Oregon and Washington saw a 5.2 percent spike in accidents in those states, again compared with neighboring states.

The release of the data comes just a day after Canada legalized cannabis nationwide and less than a month before the 2018 U.S. midterm elections, when initiatives to legalize marijuana will be on the ballot in Michigan and North Dakota and are being considered in others.

Recreational use of marijuana is legal in nine states, and 30 states allow for medical use. Though a majority of Americans support marijuana legalization, the drug remains outlawed at the federal level.

The studies don’t prove that marijuana use is the cause of the accident increase, says David Harkey, president of the institutes, but he added that the analyses serve as a “solid indicator” that marijuana plays a role in road safety.

Harkey says he expects more states to legalize recreational marijuana use, and the study is meant to be proactive.

“If you’re considering this in your state, if you’re a legislator, you need to pay attention to what may be on the horizon in terms of road safety,” Harkey says.

The studies highlight the challenge of measuring and enforcing marijuana impairment, Harkey says. Researchers controlled for differences in driver population, weather, unemployment and the mix of urban and rural roads. But while alcohol impairment is easily measured through a driver’s blood alcohol concentration and limits are codified into law, there’s no equivalent for marijuana use. And though alcohol impairment is generally prevalent at night, roadside survey work found drivers impaired by marijuana at all times of day, Harkey says.

All of the results point to a need for proactive intervention and awareness from both legislators and the public, Harkey says, adding that something else to consider is how the tax revenue from marijuana sales will be used. Given the studies’ results, it’s smart to allocate some of the funds to enforcement and intervention efforts, he says.

Nearly 10,000 people die every year in car crashes where alcohol is involved, according to the National Highway Traffic Safety Administration. The last thing anyone wants, Harkey says, is for marijuana to add to that.